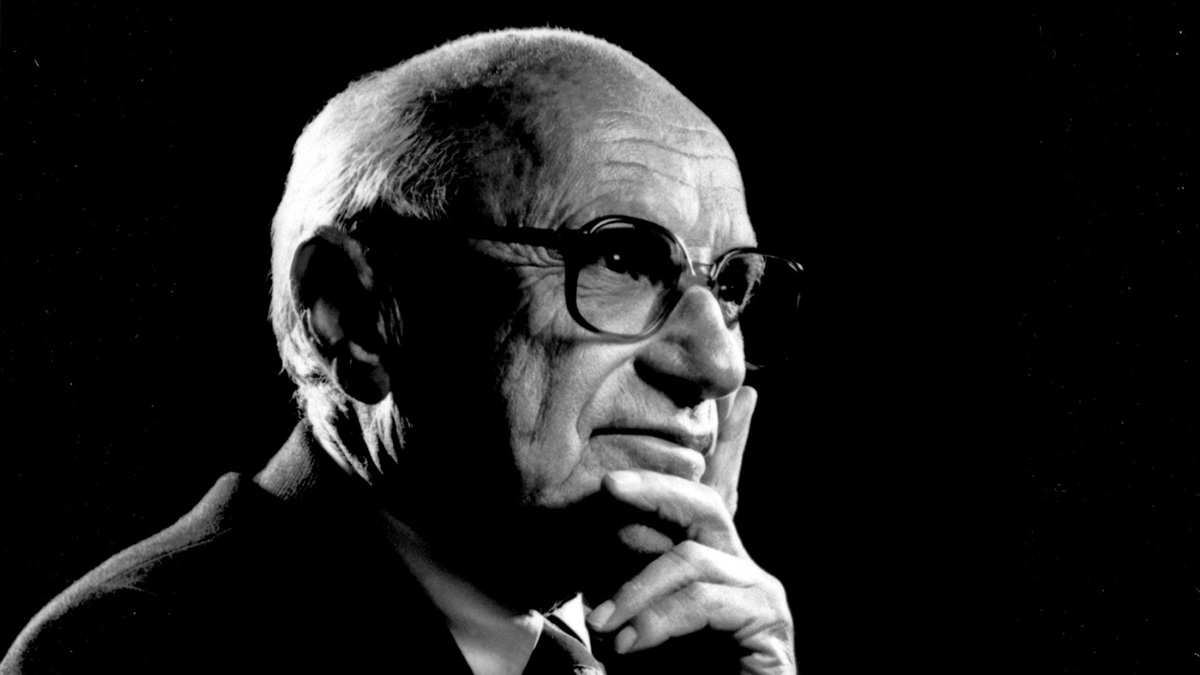 If you watch Points on the Board (shame on you if you don’t), you’ll often hear William Del Pilar refer to me as a libertarian– a label I proudly embrace. However, it’s clear to me that most people don’t really understand what “libertarian” means. In today’s political climate, it seems that you’re either a Republican, a Democrat or a traitor. A typical day for a libertarian involves equal numbers of Republicans slandering us by referring to us as Democrats, joined by Democrats accusing us of being Republicans. That’s how I know I’ve done a good job: half the people hate me calling out Biden, half for calling out Trump. And all of them for costing their guy an election.

So in order to lay down the basic tenets of my beliefs (which I’m sure no one will actually pay attention to), I’m obviously ripping off Barry Goldwater (and his ghost writer L. Brent Bozell) to write this column. Notice that unlike The Conscience of a Conservative, I am not attempting to produce a manifesto for a political movement. I’m merely laying out the principles which guide me through this life. It’s not “The Conscience of a Libertarian”– it’s the Conscience of this Libertarian. My beliefs, my opinions, my outlook. Obviously, this is an overview and not an in-depth treatise; however, feel free to leave any questions in the comments section and I’ll do my best to answer promptly.

For me, it all begins with the assertions of John Locke, Adam Smith, Robert Nozik and a host of others (note the lack of politicians on this list). To boil it down:

This one is easy: we own ourselves. Some folks might toss around the term “negative liberty”, but I find that disagreeable. I prefer to use self-ownership, or the idea that individuals have the kind of control over themselves that one might have over possessions they own. This includes rights to control the use of one’s self as well as rights that others not use one’s self without one’s consent. Practical implications: personal drug (medicinal or other) use, absolute freedom of speech and thought, absolute freedom of association, right to suicide, etc. As long as your actions/beliefs relate to your person or property, it’s all fair game. Note: abortion is a tricky subject that needs a lot more space to resolve.

Most libertarians believe in some form of the NAP, but not all agree to its application. Is it absolute? Is it limited to only cases of physical force? Heady stuff to be sure… but to my thinking, I see the NAP as a derivation of pacifism: the use of violence in the absence of self-defense is unacceptable. So invading a nation for its natural resources or to enforce a third-party’s interests? A violation of the NAP. Shooting a home invader threatening you with a baseball bat? Acceptable under NAP. Or at least under my understanding of the NAP.

I am a huge proponent of persuasion, which dovetails into my absolutism on the issue of free speech: each of us should be allowed (and encouraged) to persuade others of the merits of our ideas, our philosophies, our beliefs. Do you think I was born a libertarian? No… if anything, my natural tendencies are that of an authoritarian, of someone who demands that everyone else thinks and acts in the manner that I do. It took the persuasive abilities of someone like Milton Friedman to open my eyes (and mind) to the virtues of liberty, and I try to pay it forward as best I can.

Persuasion is the opposite of coercion, the forced acceptance of ideas/behavior; unfortunately, that is the way of the world. The collectivists demand coercion as a core tool of their philosophy: deviation from accepted orthodoxy is not permitted. Now, I’m sure that as soon as you read that previous sentence, you may have thought “Yeah! He’s right! Just look at how the __________ engage in coercion!” Of course, the issue is that your side is never coercive, it’s always the other side that’s coercive, right? I hate to break it to you, but if you’re in agreement with either of the statist parties in the U.S., you’re engaging in coercion/indoctrination of others.

Did he just say that he’s against democracy? Heresy! Yes, I said it: I’m not pro-democracy. I am pro-liberty. What does that mean?

It means that while I realize democracy is perhaps the best way yet discovered for representative governments to be formed (as opposed to dictatorships or monarchies, which rely on violence), I also acknowledge that democracy is merely a tyranny of the majority. I’m sure you’ve heard of the adage: democracy is two wolves and a lamb voting on what’s for dinner.

When I debate folks about specific government policies or laws, “Well, more people voted for it than didn’t” is an argument that holds no water. For me, the righteousness of the policy is not to be determined by the number of people who voted for it– it is determined by whether or not it is in line with the principles of liberty.

In the end, who cares what I think? Probably no one (including my friends and family), but I’m hoping that by laying out this abbreviated description of my foundational beliefs I’ve given you something to think about– perhaps even persuaded you to click some of the links in this article and do some of your own research. Then come back, whether as a friend or foe, and let’s have us a hearty discussion.

The Round Up – Constantine Sequel, New Emmy Low, and a Bumbling, Stumbling Sex Tape!

The Way I See It – Losin’ It, Wishful Thinking, Parity

The Way I See It – Hillbilly Hijinks, Be Like Mike, Ime Suspended

The Round Up – Disgusting Leftist Bigotry, an Oppressive Air Force

Points on the Board – NFL, Minimum Wage, Queen Elizabeth

The Round Up – Disgusting Leftist Bigotry, an Oppressive Air Force

Round Up – Freaky Ezra Miller, Griner the Crook, more!

The Round Up – Massive Meth Bust, Whining Bowser, and more!

The Round Up – Anxious Americans, Bailing Out Ukraine, Plus more